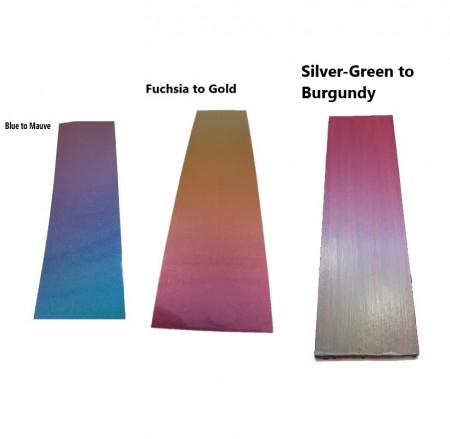 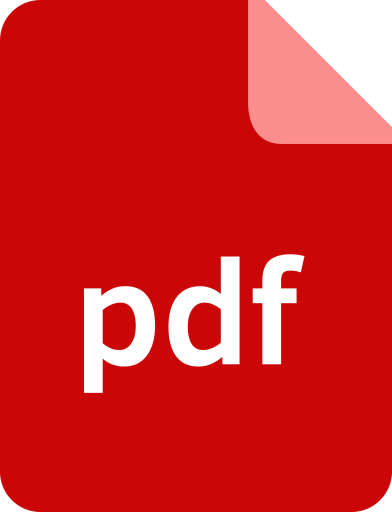 Approved for cosmetic applications but beautiful in resin art.

Beautiful Iridescent Pearlescent Pigments that change colour as the angle of viewing changes. At direct angles they appear one colour (the first colour in the name) and at flat angles they appear another colour (the second colour in the name). During transition between the two main colours a number of other colours are visible, some only at very specific angles. The actual effect you see will depend on film thickness and background colour so it is difficult to describe their exact effects.

These pigments are a specialised type of Pearlescent Pigment based on synthetic mica.

The pigments have quite a low hiding power (low opacity) and are thus not suitable to put into paints without modification, but in applications such as resins the effects are awesome. On curved surfaces all the colours are visible at the same time to a single observer because the viewing angle changes around the curve. On small flat surfaces the observer or the object has to move to see the changing colours. On long flat surfaces such as a wall, plank or pole, all colours can be visible at the same time as the viewing angle is different between close and far-off parts of the object. Very strong colour shift effects can be realized when these pigments are applied over a black background.

A beautiful resin tray made with our Blue to Mauve Colour Shift Pigment: Watch

This pigment appears a light grey colour in its container. In the picture of a finger (curved surface) the colour changes from blue to mauve. The strip picture shows a clear transition from blue to mauve (although in the picture the mauve looks a bit darker). This clear change from blue to mauve is best seen when the pigment is applied over a black surface. We also included pictures of a thin film of pigment smeared onto a black surface. At a direct angle a blue colour is visible while at a flat angle a mauve colour is visible. Violet and reddish colours are also seen at transition viewing angles.

This pigment is a reddish colour in its container. In the picture of a finger (curved surface) the colour changes from silver to burgundy, no green is visible. A clear change from green to burgundy is best seen when the pigment is applied over a black surface so we also included pictures of a thin film of pigment smeared onto a black surface. At a direct angle a green colour is visible while at a flat angle a burgundy colour is visible. Sometimes the burgundy colour can appear more raspberry. In some applications the colour transition is from silver to burgundy while in other applications it is from green to burgundy (mainly dependent on background colour). During the transition, visible colours include Violet, Purple, Magenta and Crimson.

This pigment is a fuchsia colour in its container. A distinct colour change from fuchsia to gold takes place as viewing angle changes. This is well demonstrated in the pictures of the strip and of the same finger with same pigment viewed at two different angles. During the transition, visible colours include Orange and Deep Silver shades.
Keep out of reach of children
Avoid breathing dust (use a fabric dust mask if necessary).
All our products should be kept out of reach of children under 5 years and anybody who may tend to place items or liquids in their mouths should be supervised. Even packing can become a choking hazard.